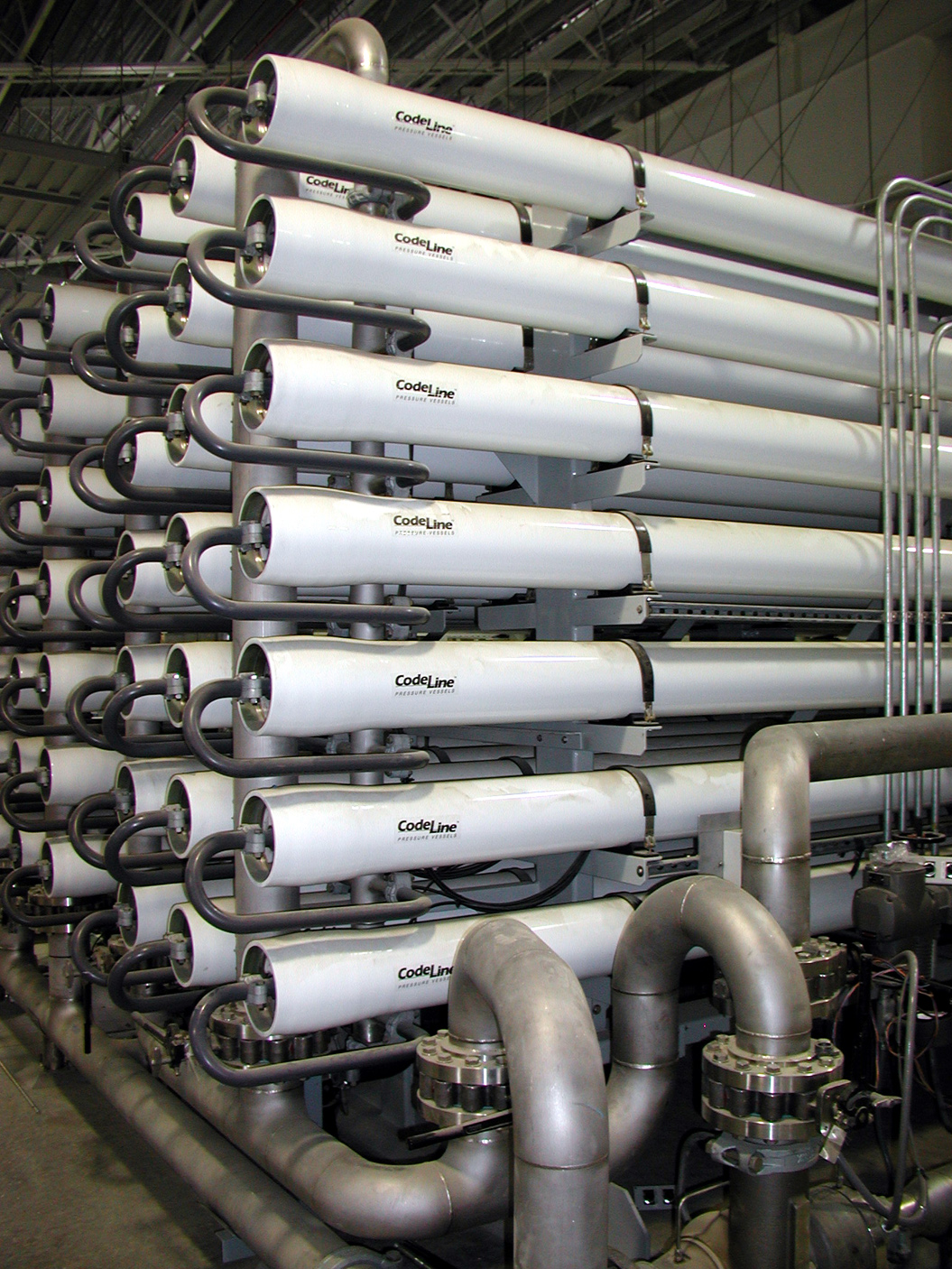 The Newark Desalination Facility (NDF) was placed in service in September 2003. It utilizes a reverse osmosis (RO) membrane filtration process to treat brackish groundwater. The facility is located near Cherry and Central Avenue in Newark.

The first phase of the NDF production produced up to 5 MGD of permeate water. After an expansion of the plant was finalized in August 2010, it doubled the production of permeate to 10 MGD for a total blended production of 12.5 MGD to the distribution system.

Chlorinated well water is combined with permeate water to increase the hardness prior to entering the distribution system. Chlorine, ammonia, fluoride, and sodium hydroxide are added as finished water chemicals.